Dr Kalliopi Rantsiou is Associate Professor at the University of Turin, Italy

Kalliopi graduated from the University of Athens in Greece  in 1997 with a degree in Biology and continued her education at the University of Davis, USA, obtaining a PhD in Food Science in 2002. She then returned to Greece.  Following this experience, from 2003 to 2005 Dr Kalliopi was scientific advisor for the Hellenic Food Safety Authority, regarding microbial hazards.  In 2006 she moved to Italy and initiated her research career first at the University of Udine and then at the University of Turin. In 2008 she became researcher/lecturer and then in 2016 Associate Professor at the same University.

Vinifera Teaching: Within the M2 programme she lectures on fermentation microbiota and territorial characterization.

Research Interests:  Her main research interest is microbial ecology of foods with particular emphasis on combining culture dependent and culture independent approaches to describe and subsequently utilize the microbiota involved in fermented foods 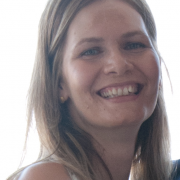