You are here: Home1 / Familia TORRES 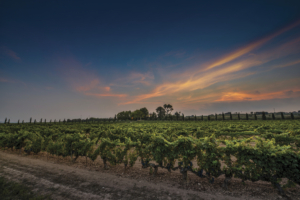 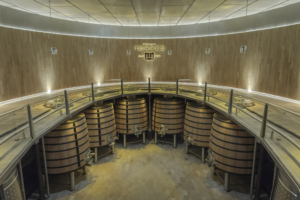 Familia Torres founded its winery in Vilafranca del Penedès in 1870, 150 years ago, but its roots in the winegrowing traditions of Penedès date back to the 16th century. Every generation has passed on its passion for wine culture from parents to children, a passion built on a deep respect for the Earth and tradition, as well as a belief in innovation. Today the focus of the fifth generation is on making wines from exceptional vineyards and historical estates, as well as on recovering ancestral varieties as a way of adapting to climate change. Since 2008, Familia Torres has taken active steps to combat the climate emergency, implementing adaptation and mitigation measures to reduce its carbon emissions. Familia Torres has a historical connection to Penedès, Conca de Barberà, Priorat, and Costers del Segre, but now its presence extends to vineyards and wineries in preeminent Spanish wine regions – Rioja, Ribera del Duero, Rueda, and Rías Baixas – and in Chile and California. Familia Torres is a member of Primum Familiae Vini, an association representing 12 of the oldest and most prestigious wine families in the world, and it is the co-founder of International Wineries for Climate Action, which promotes the decarbonization of the wine sector.

Involvement in the Vinifera programme

Familia Torres is pleased to host some Vinifera students for internship and/or Master Thesis inside their worldwide wineries.

Familia Torres participates to the Vinifera programme by presenting yearly the company and job opportunities to Vinifera students, and by organising some master classes to taste the main Spanish Premium wines of the company.

This site uses cookies. By continuing to browse the site, you are agreeing to our use of cookies.

We may request cookies to be set on your device. We use cookies to let us know when you visit our websites, how you interact with us, to enrich your user experience, and to customize your relationship with our website.

Click on the different category headings to find out more. You can also change some of your preferences. Note that blocking some types of cookies may impact your experience on our websites and the services we are able to offer.

These cookies are strictly necessary to provide you with services available through our website and to use some of its features.

Because these cookies are strictly necessary to deliver the website, you cannot refuse them without impacting how our site functions. You can block or delete them by changing your browser settings and force blocking all cookies on this website.

These cookies collect information that is used either in aggregate form to help us understand how our website is being used or how effective our marketing campaigns are, or to help us customize our website and application for you in order to enhance your experience.

If you do not want that we track your visist to our site you can disable tracking in your browser here:

We also use different external services like Google Webfonts, Google Maps and external Video providers. Since these providers may collect personal data like your IP address we allow you to block them here. Please be aware that this might heavily reduce the functionality and appearance of our site. Changes will take effect once you reload the page.